This morning I received a letter from Code Project Solutions with the second place prize for my article. In the letter, I found two stickers, which made me very happy! The pictures are found below: 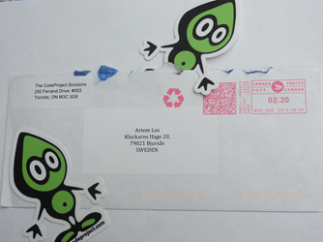 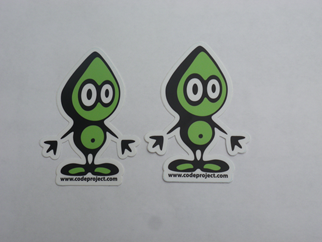 Before I wrote the article on CodeProject, it was originally written in LaTeX, because I wanted to submit it to several conferences. However, after a minute of thought, I quickly realized that if you want to share your ideas more efficiently, you should take the advantage of modern technologies (HTML, etc.) and modern media. I am a fan of LaTeX, but in this case, HTML was my choice because of the simple navigation (and some other things) that it allowed.

It came as a surprise that it received positive feedback (with suggestions for improvement) and the page view was high. My first article on CodeProject about Different Aspects of Website Protection received some views and votes too, but in comparison to Licensing Systems in .NET it was nothing.

It is difficult to say why it received more attention than my previous article, but in any way – positive feedback is very encouraging, and specially when other people take an advantage of it! I will definitely continue my hobby of writing articles and hopefully in some months from now a larger work.

I am very thankful to all people for their support! 🙂